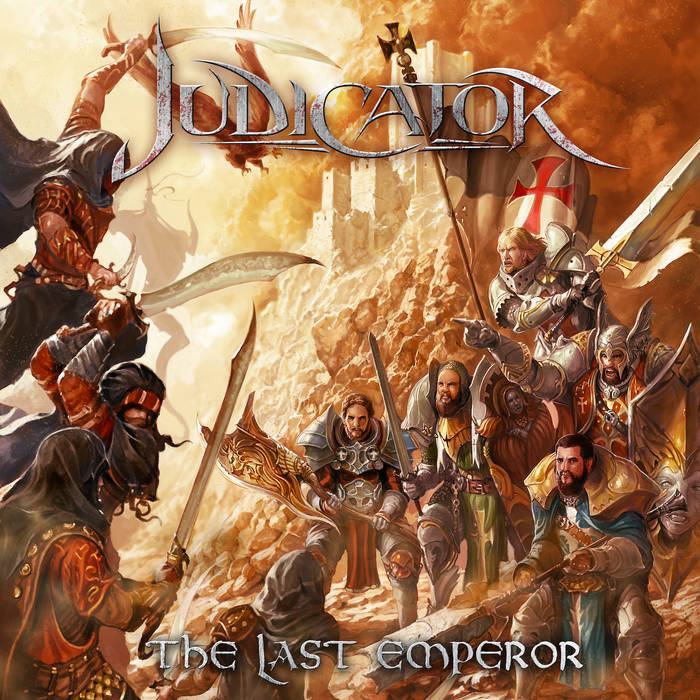 FallenAngel Loads of Cliff Burton-era Metallica and Iron Maiden in a 2018 production. Fat layers of excellent vocals not heard since Dio. Form and function match up perfectly.

NI9HTHAWK Just fucking quality. Excellent lyrics, and an all round great effort by all. Fantastic. Favorite track: The Queen of All Cities.

sarakc35 Glad I stumbled across this band. I'd have to say Raining Gold is one of my favorite tracks that riff in the chorus just drives. Get ready to headbang!!! Favorite track: Raining Gold.
more...

“The Last Emperor” is a historical power metal concept album covering several events and figures from the first Crusades and the People’s crusades, including Pope Urban II, Godfrey of Bouillon, Alexios I Komnenos, Raynald Porchet, and Bohemond I of Antioch. The album was recorded in 2017 and reamped, edited, and mixed by Carlos Alvarez of Dirty Viking Audio. The album was once again mastered by Brett Caldas-Lima of Tower Studio. Hansi Kürsch of Blind Guardian appears for additional lead and backing vocals on the song ‘Spiritual Treason’. David Brown of Chaos Frame returns once again for support with choir and backing vocals, as well as featuring on guest lead vocals on “Antioch”, playing the part of the martyred knight Raynald Porchet.

Mastered and Sequenced by Brett Caldas-Lima of Tower Studios

Judicator is a Power Metal band formed by Tony Cordisco and John Yelland after the two met at a Blind Guardian concert. They released two historical based albums as a recording project, and then evolved into a full band, signing with Prosthetic Records in 2020! Their 5th album 'Let There Be Nothing' full of historical, epic, and melodic power metal will be released via the label on 7/24/2020! ... more

Bandcamp Daily  your guide to the world of Bandcamp