At the Expense of Humanity 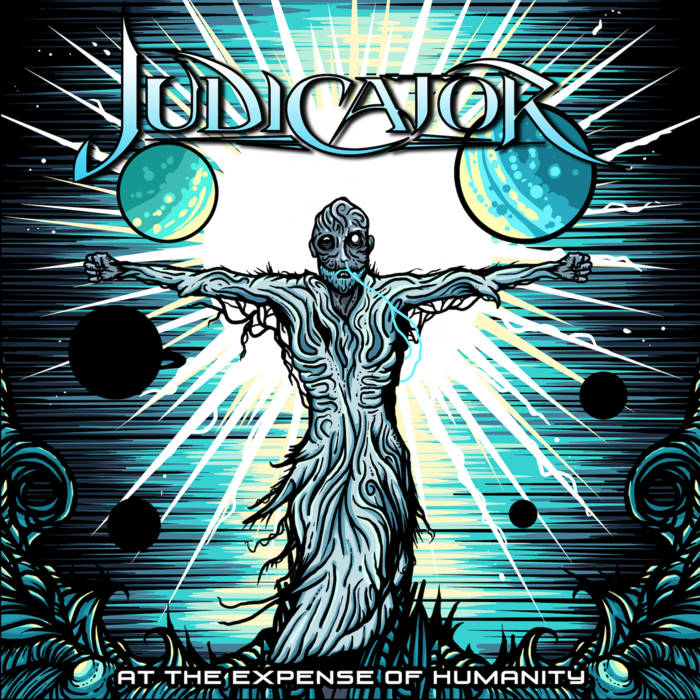 Brian Genxer One album was never going to be enough. "Expense" is a deeply personal journey through times and struggles that come through in droves. Punishing riffs and frenetic drums punctuate souring vocals that alternate between wild howls and creamy harmonies. Judicator have proven again that they are a massive force in the metal scene. Favorite track: God's Failures.

Arctic Wizard a great album to cry yourself to sleep to

Bloodied But Unbowed This is the best concept album I've heard in a long time! Favorite track: Autophagia.
more...

'At the Expense of Humanity' is a progressive power metal concept album about singer John Yelland's brother who passed away after battling cancer. The album details the story of John's family, their struggles, and his personal existential and philosophical quandaries that resulted. Musically, the album shows the band moving away from the Germanic power metal styles explored on their sophomore effort 'Sleepy Plessow' and diving into more progressive territories, as well as incorporating elements from other sub genres of metal they had not previously used. This album was successfully crowd-funded in 2014 and produced by Dirty Viking Audio and Tower Studios.

Mastered and Sequenced by Brett Caldas-Lima at Tower Studio:
towerstudio.net

Judicator is a Power Metal band formed by Tony Cordisco and John Yelland after the two met at a Blind Guardian concert. They released two historical based albums as a recording project, and then evolved into a full band, signing with Prosthetic Records in 2020! Their 5th album 'Let There Be Nothing' full of historical, epic, and melodic power metal will be released via the label on 7/24/2020! ... more

Bandcamp Daily  your guide to the world of Bandcamp